From the other side of the coffee shop, close to the door, came shouted words of accusation.

A man was yelling at the shop’s young manager.  He accused her of being responsible for the theft of his lap top computer.  Apparently, hours before, he had left it unattended at one of the shop’s several tables and, he claimed, it had been stolen.

As he turned to shout at customers, I jumped from my seat and rushed to see if I could help.

The manager and I coaxed the man out the door, and I stood with him in the cold while the manager went to call the police.  The poor guy was wild-eyed, disheveled and smelled of alcohol.

I tried to calm him down and help him understand his own responsibility for the loss of the computer. But he challenged my involvement.

“What makes you think you can tell ME what to do?” he spluttered. “Who are YOU?”

Thankfully, the police arrived quickly and I stepped away, back into the shop.

The manager, in tears, came to thank me for my intervention and to fill out an incident report.

Later, at home, I told my wife about the episode.

Had not thought of that.

The next day I read about another wild-eyed drunk who menaced two Indian men in a Kansas bar.  The man had been ejected from the bar but came back with a gun, killed one of the Indian men, wounded the other and shot a young American who had tried to wrestle the gun away.

I marveled at the heroism of the young American, but trembled as I remembered the coffee shop incident of the day before and Idaho’s new “permitless” concealed carry law. 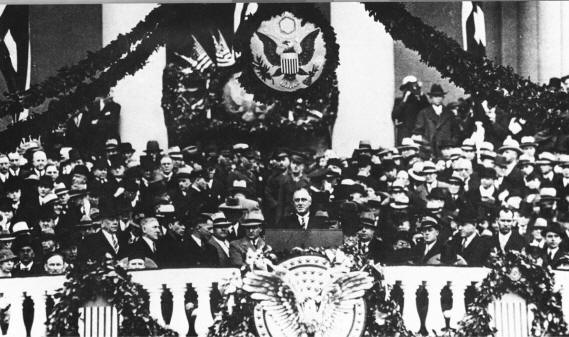 Fear is again doing its best to take hold, competing with our better instincts to help others by causing indecision, hesitation and moral uncertainty.

Because of fear, belligerence is on the rise. Immigrants are being rounded up and roughed up by those with new authority.  Refugees, who desperately seek sanctuary, are being turned away by baseless travel bans.  Senseless acts of vandalism and violence against innocent Jews, Muslims and people of color have multiplied.

Do we have the courage to resist?  To confront verbal and physical violence?  To oppose politicians and policies that fuel fear with falsehoods and conspiracy theories?

For my part, I certainly hope so.  The costs of cowardice are too high.