Conservative Republicans have done their best to convince us Obamacare is a failure, even though conservatives designed the very Obamacare mechanisms they now vilify.

We were at our cabin in the mountains on Fourth of July.  Someone, I think it was me, had brought fireworks. We began to set them off.

The rest of the family was gathered around in lawn chairs, except for my mother in law, who, because of her Parkinson’s Disease, was in a wheelchair.

Mid-firework, a Deputy Sheriff suddenly emerged from the darkness. She had seen our celebration from the road. “There’s a fire hazard warning in effect,” she said. “Stop it with the fireworks!”

My automatic reaction, when the sheriff first appeared, was to toss the remaining fireworks into my mother-in-law’s lap, just in case someone might get arrested.

I am reminded of this embarrassing moment as I listen to the “repeal and replace” debate. 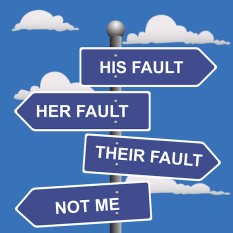 For all the Republican chest beating and finger pointing, it is at least ironic that the mandates, penalties and subsidies that became part of Obamacare were first proposed by conservatives, principally the Heritage Foundation (a conservative “think tank”) and that they were adopted with success into “Romneycare” in Massachusetts.  (Remember that “tar baby”?)

The conservative genealogy of mandates, penalties and subsidies enhanced the likelihood of passage of Obamacare. However, this resulted in an unpolished political amalgam of concessions and compromises, a sort of Rube Goldberg combination of government interventions and free-market “invisible hands.”

The Republicans have since consistently tossed the problems of these mechanisms into the laps of the Democrats–with hyperbolic rhetoric, the 60 or more attempts to repeal, the first Executive Order of the new administration, and now the Republican intimidation from President Trump and the Koch brothers (ouch!  double whammy!).

The effort to repeal and replace Obamacare with Trumpcare (and now the right-wing flanking move against Trumpcare), highlight three conflicting sets of ideas, in increasing order of conservatism.

The first set of ideas explains Obamacare, with its conservative imprint. The second is Trumpcare, as presented to the House today. The third sheds light on the internecine opposition from the far-right. It also reflects the system (or lack thereof) prior to Obamacare.

Sure, Obamacare got off to a rough start, but it has had to drag the anchors of Republican opposition. Nonetheless, it has made material progress toward implementation of outcomes we should all agree on: making health care more affordable and more available to more people.

In its short six years, Obamacare has done that. More than 20 million more people are insured. Premiums have risen less quickly than they would have without Obamacare–although there are surely exceptions that deserve to be fixed.

Throwing out this progress is like throwing out babies with bathwater.

And here is something else, lost in the “repeal and replace” hubbub: individual health insurance costs will continue to rise as long as the costs of health care goods and services continue to rise.

Maybe we should focus on that.